The beauty of the Maldivian channels

Home > Biodiversity  > The beauty of the Maldivian channels

11 May The beauty of the Maldivian channels

The Maldives are one of the most coveted touristic spots on the planet and one of the best places to enjoy a vibrant contact with flourishing marine life. Teeming with colorful creatures, this archipelago is formed by 26 atolls and about 1200 islands, covered with palm trees and white sandy beaches.
The structure of these atolls is very peculiar: it is a ring-shaped coral reef that encircles a set of islands and a central lagoon. Outside the ring, we can find the open ocean, and more precisely, the tropical Indian Ocean. These wonderful tiny islands, surrounded by crystal-clear waters and a warm tropical atmosphere, are actually a “pile” of coral fragments, resulting from the erosion of their calcareous skeleton. Corals play a key role in tropical marine ecosystems, as they provide food and shelter for many other organisms.
Of course, the ring of corals surrounding the lagoon is not continuous. In fact, it is breached by several channels or passes (“kandu” in Dhivehi, the local language). The word “kandu” echoes in the ears of every scuba diver who ever visited this must-see archipelago since the best dive sites here have this name. 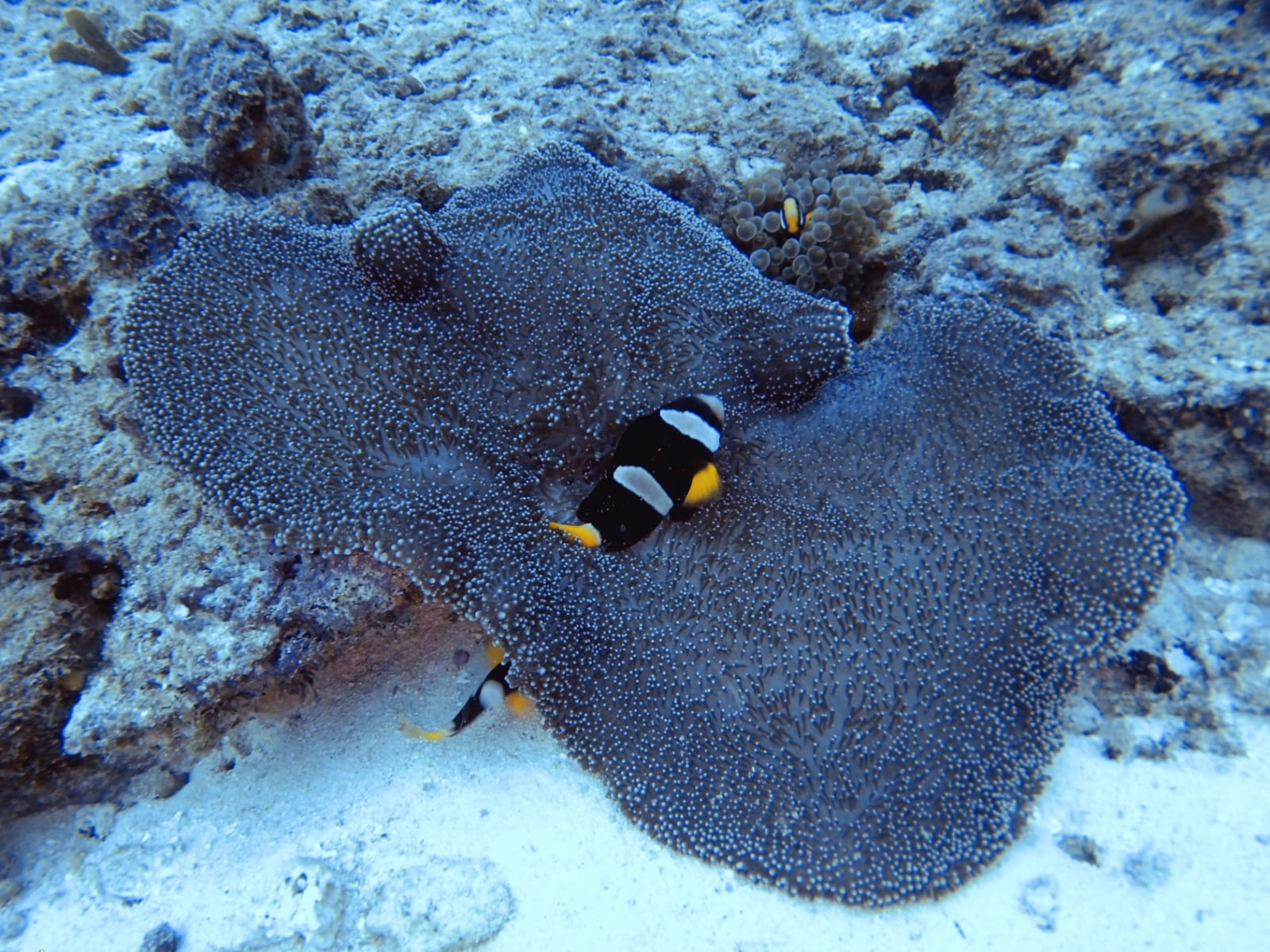 As a Glocal educator, I had the pleasure to spend almost six months in Dhiggiri, a marvelous island located in Vaavu Atoll. This place is well-known among people looking for exciting, unforgettable underwater adventures. The Vaavu atoll lagoon is linked to the outer ocean by various channels and some of their names are Miyaru Kandu, Farukolu Kandu, Madi Kandu, Medhu Kandu, Reethi Kandu, etc. Each name has a specific meaning in Dhivehi, for instance, “miyaru” means “shark”, so Miyaru Kandu can be considered the shark channel, and there is no need to explain why.
Maldivian channels are spots where marine megafauna can thrive and can be easily seen by lucky divers: it’s a great honor to enter this world and we must do it with much respect! 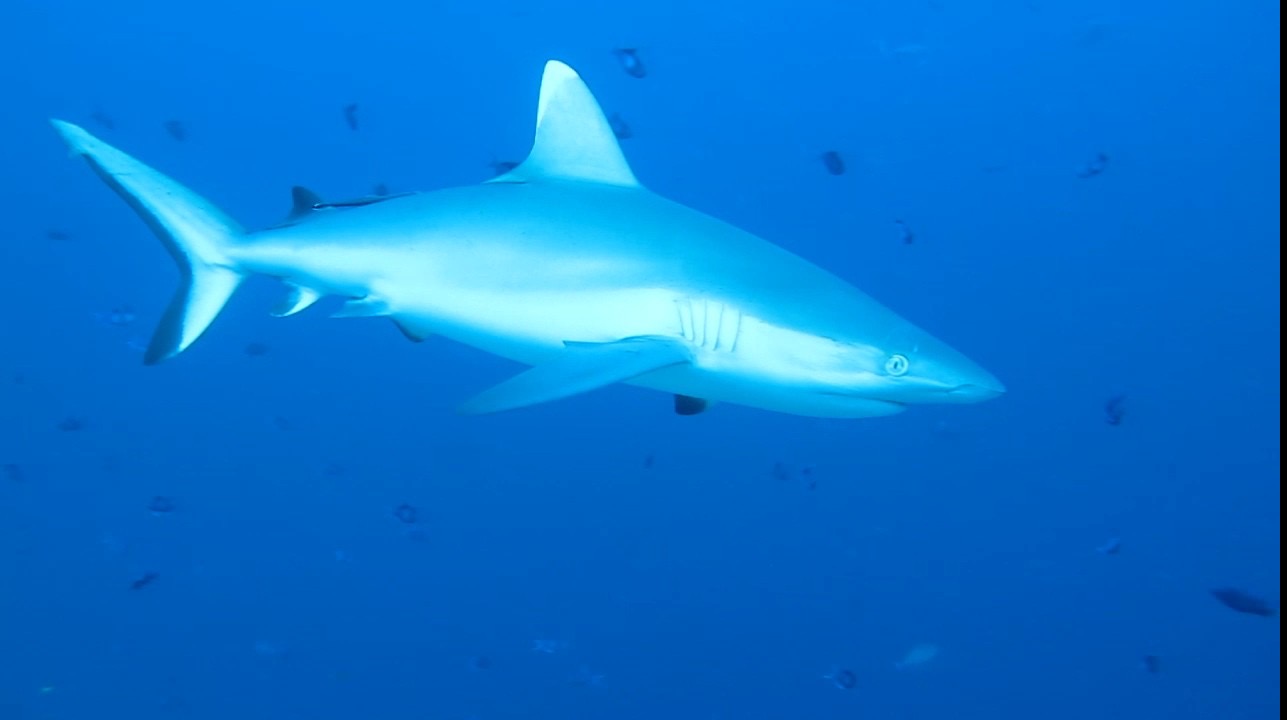 The apex predators here are sharks, cartilaginous fish that have been ruling the planet’s oceans for over 400 million years. Grey reef sharks and whitetip reef sharks are the most common species found in the depths of the channels, while shallower habitats are dominated by tawny nurse sharks and blacktip reef sharks. Furthermore, the most privileged divers might get the chance to encounter hammerhead sharks, whale sharks, silvertip sharks, tiger sharks, and many more species.
But the highlights have just begun, as sharks are not the only outstanding cartilaginous fish you can run into. Batoids play their role as well! Batoids are flat-bodied animals that can be found either on the ocean floor or swimming into the open sea. Examples are stingrays, like the black-spotted stingray, very common in the Maldives, and eagle rays, often seen in groups of 10-20 individuals, providing the viewer with a spectacle of peaceful elegance. The largest and most majestic of all batoids, though, are the manta rays, with the reef manta ray being very common in the Maldives. Despite their enormous size (up to 5 meters wide!), these gentle giants are completely harmless to humans as they feed on plankton, something they have in common with whale sharks.
Pelagic sharks, eagle rays, and manta rays usually gather in these channels because of the strong currents which bring them oxygen and food. Unlike nurse sharks and whitetip reef sharks, that can breathe while lying still, grey reef sharks, blacktip sharks, and hammerhead sharks, for example, must continue swimming in order to keep their gills oxygenated and the currents allow them to do so by drifting through, saving energy. 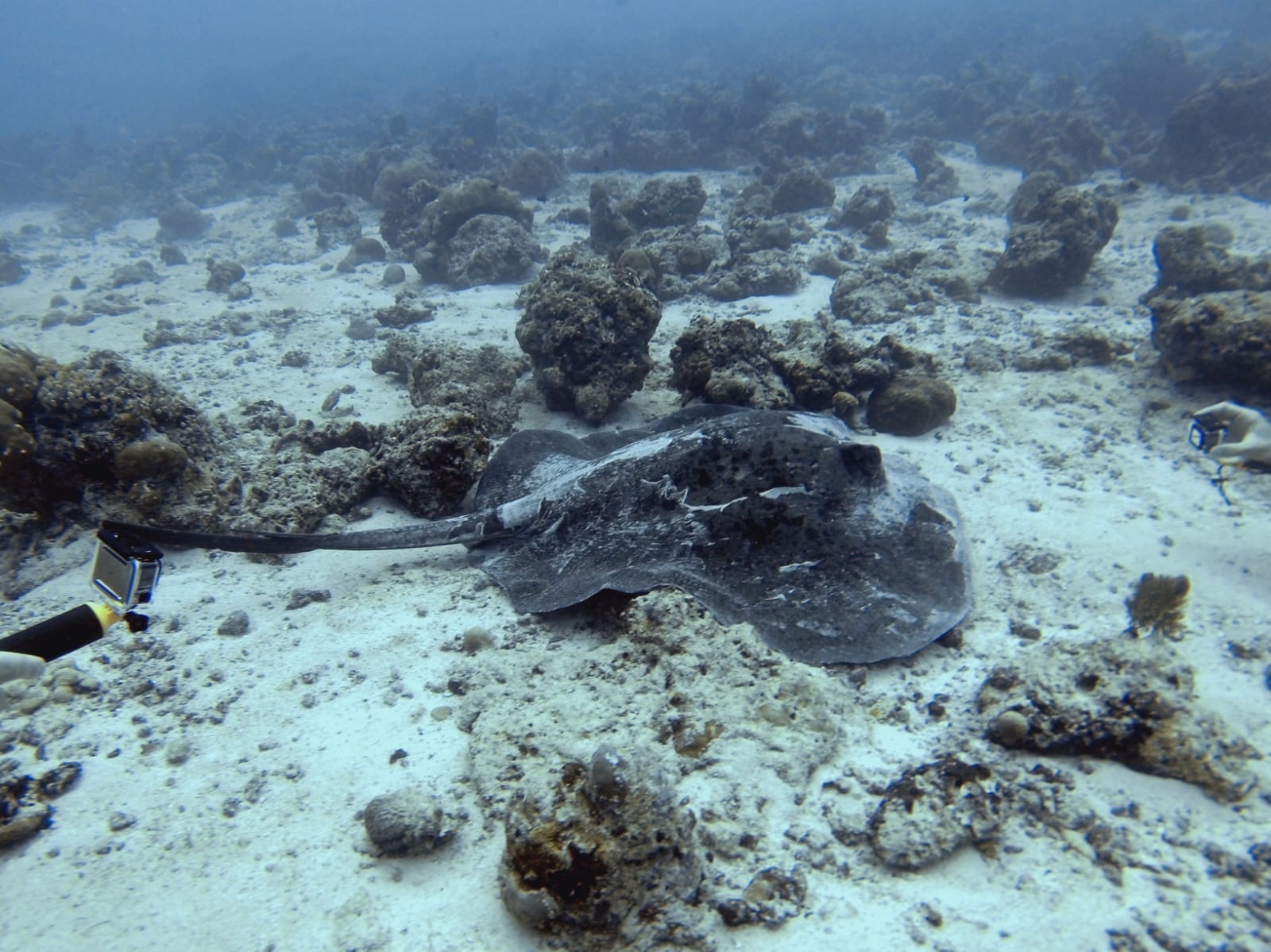 The richness of the ecosystems comprises also corals, mollusks, crustaceans, echinoderms, and a lot of fish. Some of the most appreciated species are moray eels, clownfish, butterflyfish, angelfish, groupers, batfish, triggerfish, fusiliers and, of course, the big Napoleon wrasse. Predatory fish patrol the area usually in large schools. These include species like the giant trevallies, snappers, barracudas, and tunas.
Despite the measures taken by the Maldivian government over the years to preserve the reefs and encourage ecotourism, populations of tunas, snappers, and trevallies have been declining due to overfishing. People living or working on the islands can witness such biodiversity loss. Perhaps more strict regulation is needed to preserve this magical environment and make sure life will keep flourishing so we can continue to be astonished every time we jump in!