Coral Bleaching and climate change: where do we fit in?

Home > Biodiversity  > Coral Bleaching and climate change: where do we fit in?

20 Mar Coral Bleaching and climate change: where do we fit in?

Posted at 12:06h in Biodiversity, Climate Change by valentina
Share

Over the years, we have seen and heard the issue of climate change go from an initial theory to a critical concern. But one might ask: “What is climate change, really?”
In a nutshell, the term climate change is used to nominate the variation in temperature our planet presents over a period of time. This variation, if too abrupt, may cause harm to every living thing we know, including us, humans.
The worst part is that we are the main cause of this variation. Climate change is related to increasing levels of CO2 in the atmosphere, which traps the heat from sunlight, keeping it from dissipating, and making the Earth warmer and warmer. CO2 can be emitted from the burning of fossil fuels, coal-burning power plants, and even from the exhaust pipes in our vehicles. This increase in temperature can melt glaciers, generate stronger storms (like hurricanes and tornadoes) and change weather seasons, making them too dry (droughts) or too wet (floods), among other things.
“The thing is, living beings have always been able to adapt to different environmental circumstances, so why can’t they just do that now?” 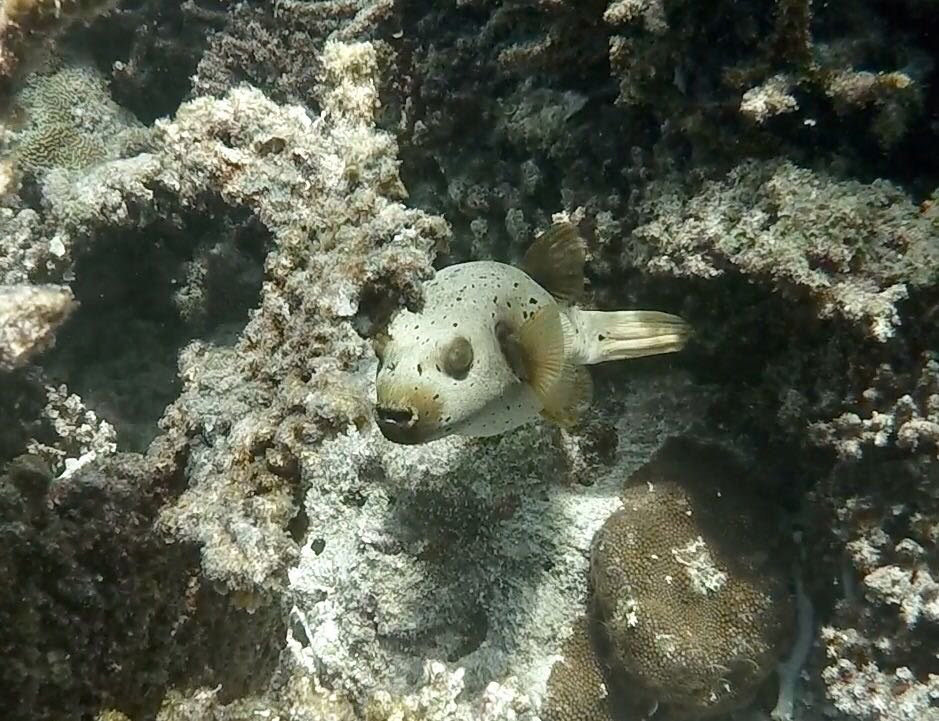 When given the appropriate amount of time, every organism can reestablish its balance and continue on living. But the main issue with climate change is that the rate of increase in temperature is so fast, it doesn’t leave room for the species to adapt to the new scenario, and so they find themselves in a very precarious situation.
“Okay, I get it. But where do the corals fit in this equation?”
Most of the heat trapped in the atmosphere is absorbed by water, which means that the higher levels of CO2, the higher the planet’s temperature raises and consequently results in warmer waters. Now, corals are marine animals that can live in a limited range of temperatures, which poses a problem in this ever-changing environment.
“And what exactly is coral bleaching?”
Corals have evolved and developed a very intricate cooperation mechanism with algae that provide nutrients and oxygen for them through photosynthesis, the zooxanthellae. The coral, in turn, provides shelter and nutrients needed for these organisms. Zooxanthellae are also responsible for the different vibrant colors we can observe in the coral reefs. When faced with stressful situations, such as rising temperatures, the algae stop providing the corals with food and start to produce substances that are toxic to the coral. As a result, the algae are expelled from the coral, making them not only lose their main food source but also their color, thus becoming white: hence the term “bleaching”. This does not mean that the coral is immediately dead, however, it is at a very dangerous risk of dying if the symbiotic balance is not restored and the algae are unable to return to the coral polyp.
This phenomenon has been observed over the years with increasingly shorter intervals between episodes. Before the 1980s, coral bleaching events had never been observed, but currently, they are more and more common in coral reefs around the world, which could mean that in the close future, bleaching will occur yearly, decimating the most important marine ecosystems around the world, unless we do something about it.
“So what can we do about it?”
Some organizations are trying to find ways to increase the likelihood of reefs restoring their natural balance after these events, preventing them from dying. However, the main concern is still the atmospheric gas emissions that contribute to climate change. We as citizens can aim to reduce our “carbon footprint”, the amount of CO2 we put into the air, thus saving energy and keeping these gases out of our atmosphere. To do that we can plant trees where possible, take public transportation or alternative means like walking or bicycling, and last but certainly not least, contact our political leaders to stress the importance of climate legislation policies to the future of our world. We can all be a part of this!